A downloadable game for Windows and macOS

In this game, you will fight, strategize, collect, survive, and read. "The Perishable" is as much a fiction generator as it is a turn-based strategy game. Actions have consequences, and they are displayed to the player in text form, an unfurling story of your characters' survival in the harsh crater world.

This game was made for the Narrative Game Jam 4, where you have 14 days to make a narrative driven game under the restriction "Random". Inspired by Dwarf Fortress and RimWorld, we set out to make a turn-based game where a narrator randomly commentates on the actions on screen.

A meteor had crushed humanity. Hundreds of years later, the remnants have rebuilt from what they had, and only discovered that the same meteor which nearly killed them all is also the most potent source of energy ever used by humankind. Now, brave souls, poor souls, or weak souls, enter the crater to retrieve the most paltry amounts of the substance, for a few satchels full could pay for retirement, a home, or foster care.

It is exceedingly dangerous, though. It is filled with other Scavengers, who would happily drink your blood for one more morsel of space rock, and populated by Zealots, who long ago lost their minds worshiping the impact deity, and the worst of all, the corrupted folk, who have fused with objects to form horrible monstrosities.

Try to survive. If one can do that, one can do a multitude of other things.

This game was made by:

The color palette hear is Water Shallows by Floatingtable Studios. The font used is Silver, Thuleanx's favorite. The game is built with Unity, music handled by Fmod Studio and art made using Aseprite. 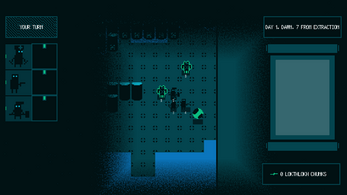 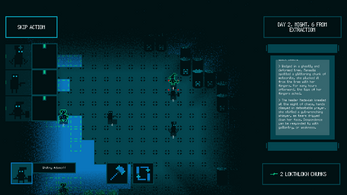 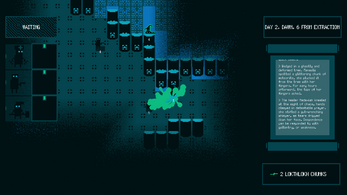 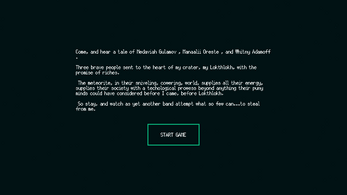 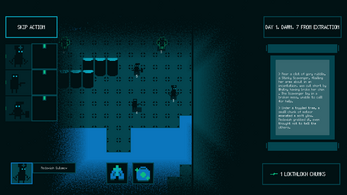